After the success of our full sized brick oven pizza oven in the back yard, I decided to attempt a portable version. We have gotten spoiled with the cracker crust that a brick oven produces, and wanted to duplicate it when we are out camping. After unsuccessfully trying to cook pizzas on a pan over the cooker, using a bbq lid to hold the heat in, it was time to do something different. I did some research on pizza stones, and found that many of them broke during use, and that was in an oven under controlled temperatures. Obviously a wood powered cooker is going to have wild temp swings. Being thrifty, I decided to try something else, and went to the local pizza stone distributor, otherwise known as a landscape supply yard. I bought a 12" round concrete stepping stone for $3.00, figuring I would not be out much if it failed. So far, we're still using the original one!
Take a look at the following pictures to see how it came together.

First thing was finding a tub that slipped into the top of the existing cooker. The agitator snout was cut off using a cut-off wheel. 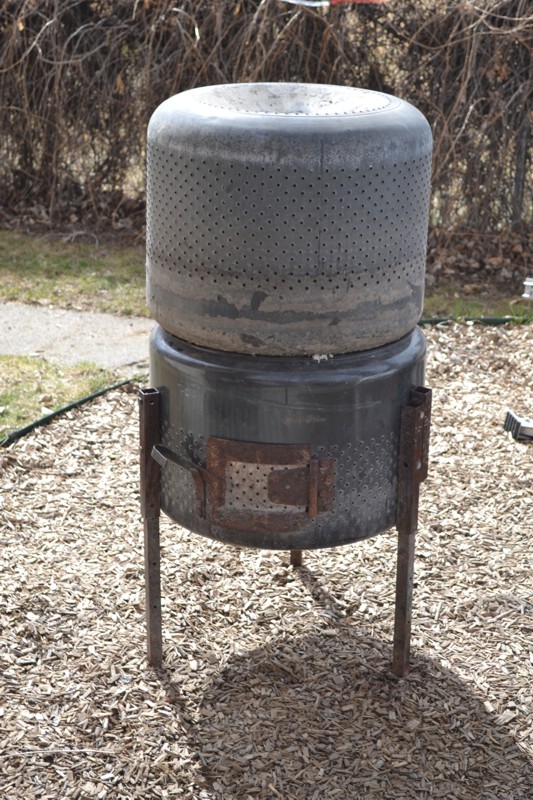 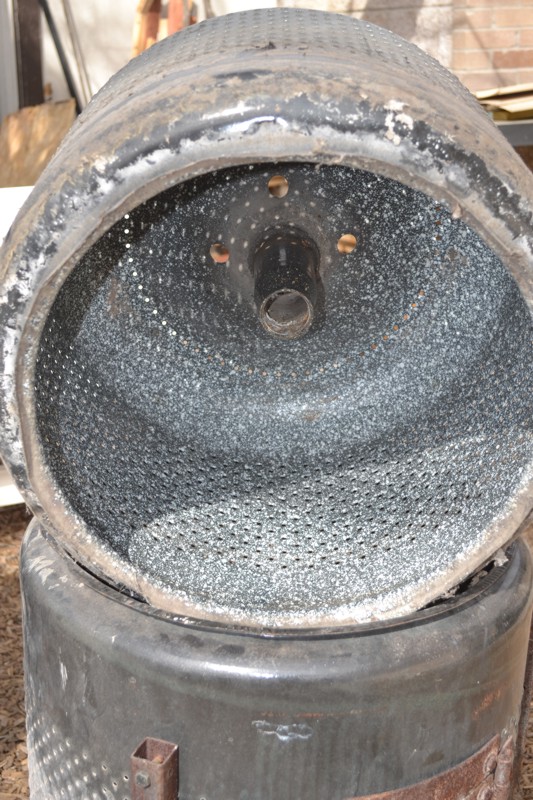 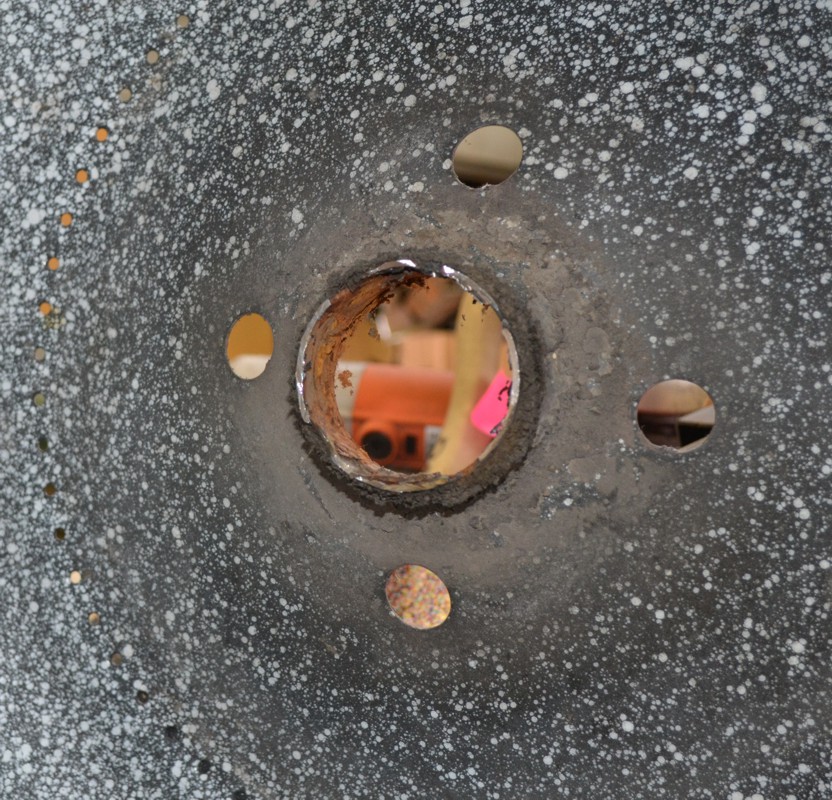 A rack made out of some old bed frame iron supports the stone inside the oven chamber. 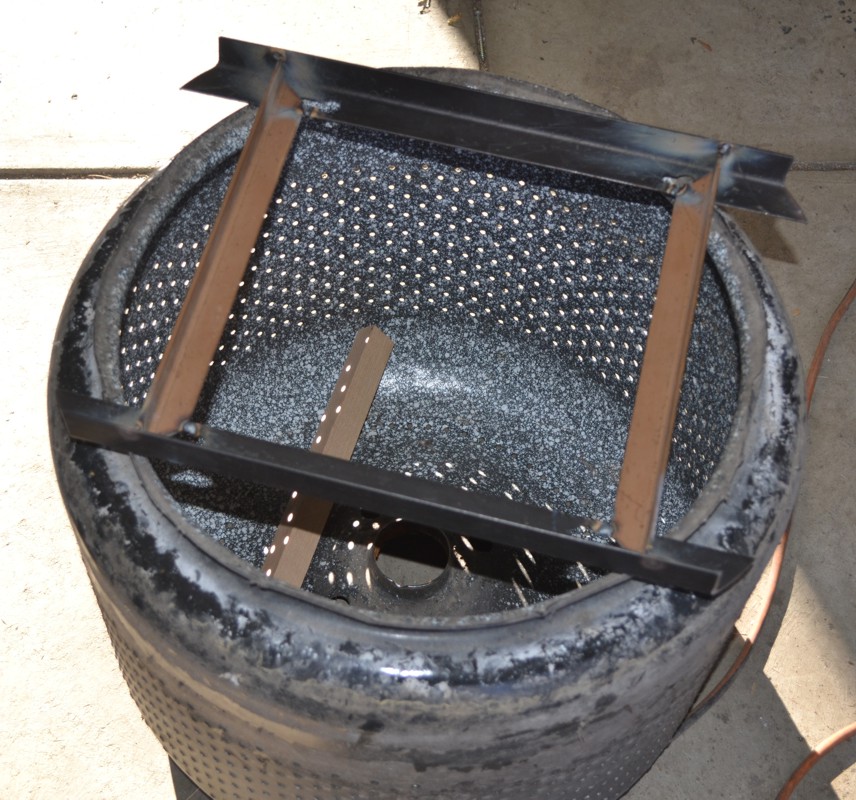 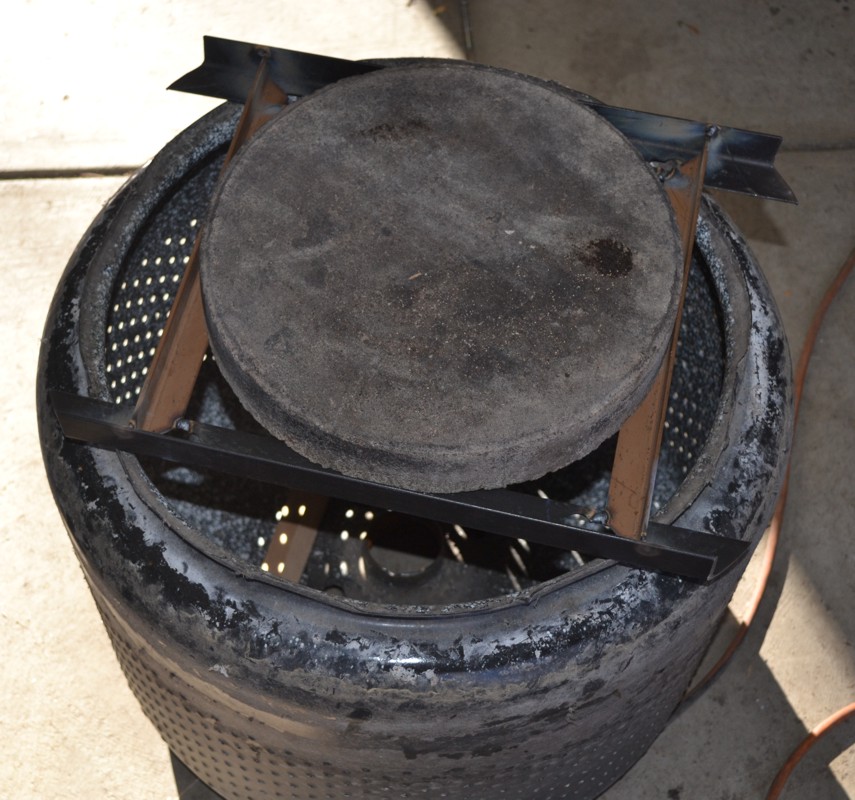 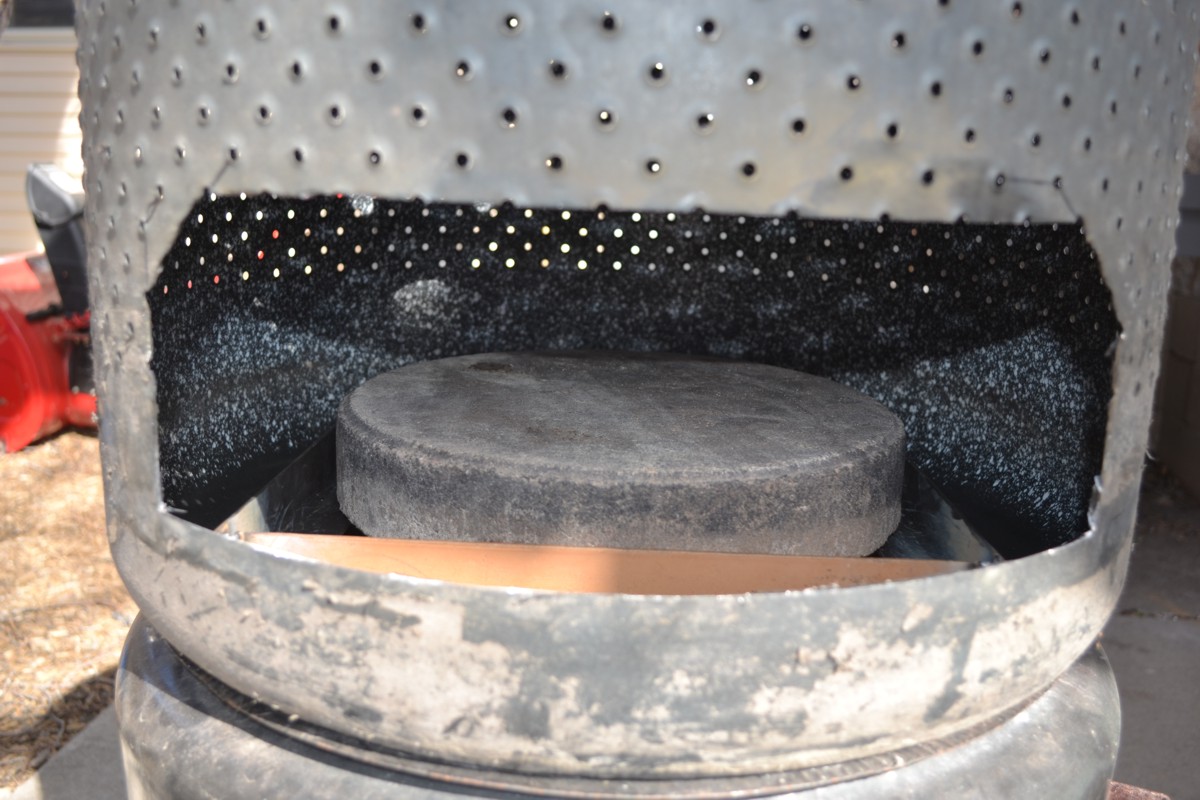 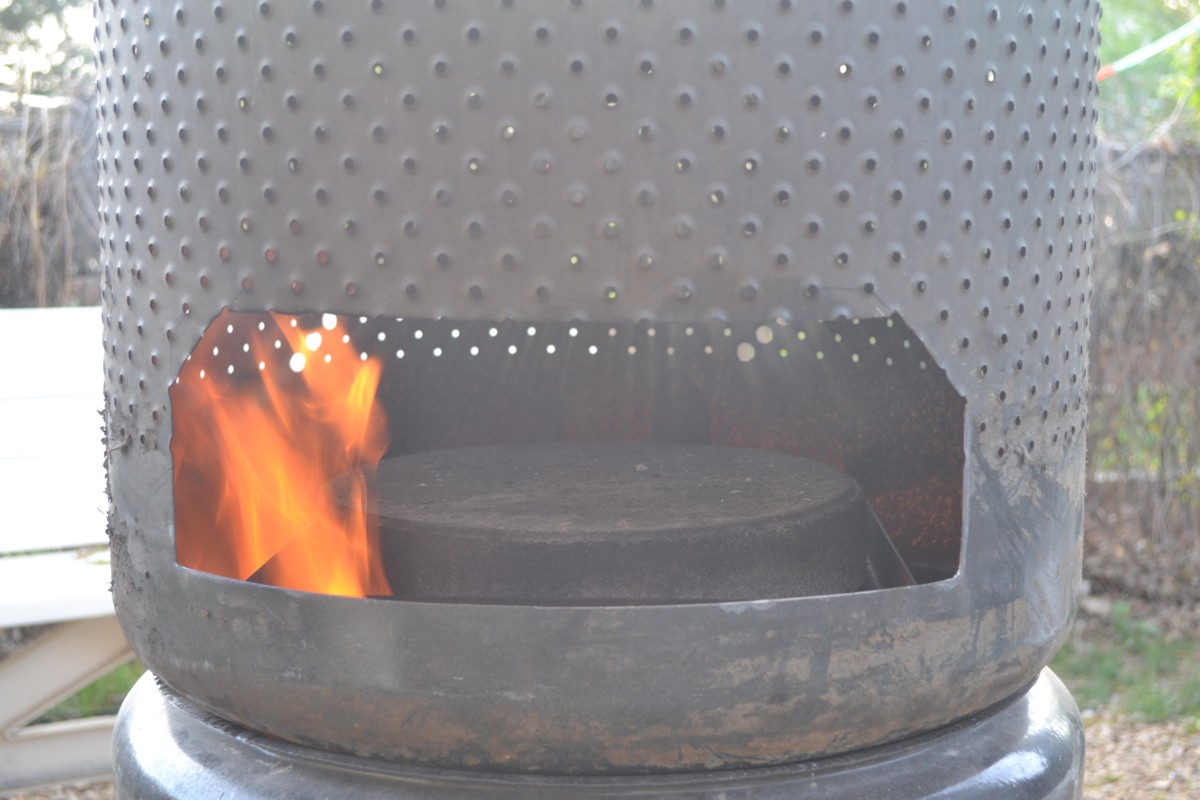 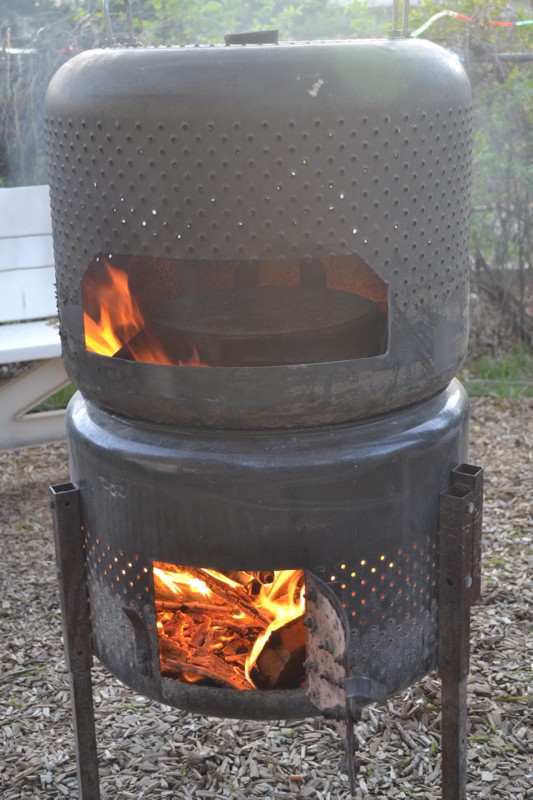 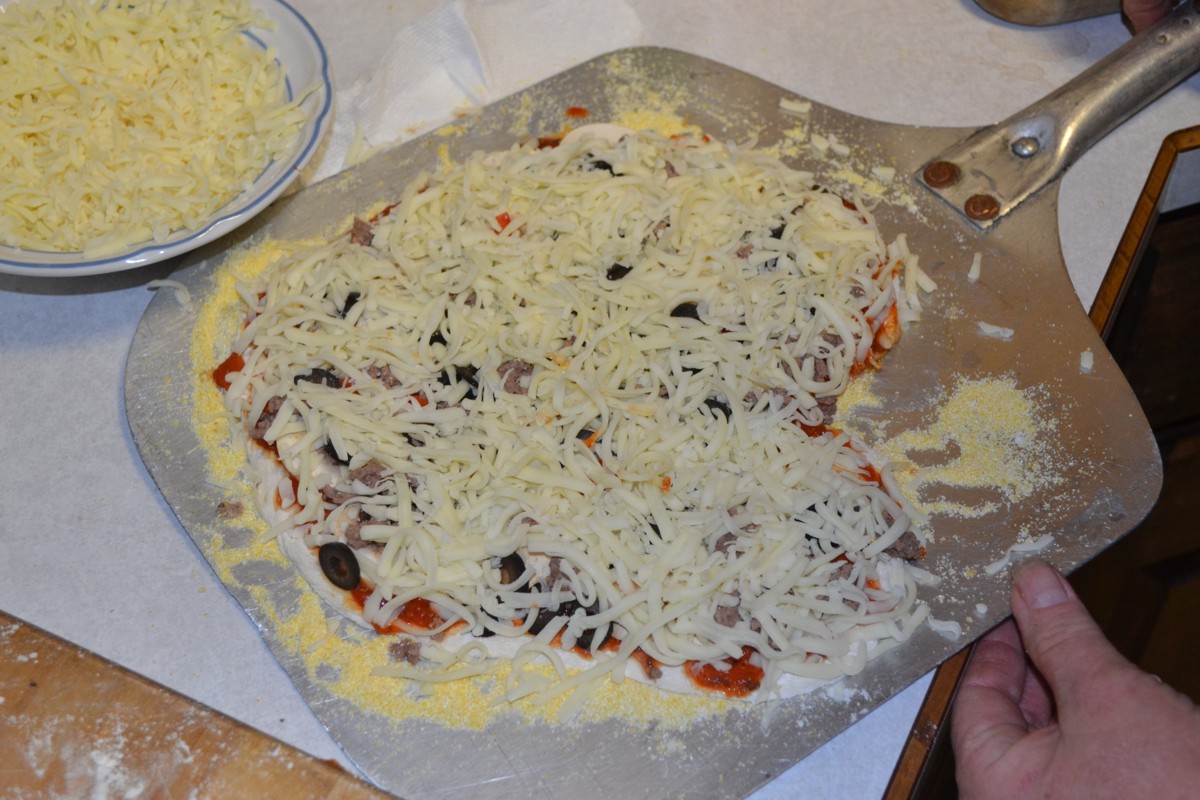 Look closely just behind the pizza, you can see two tabs sticking up. Those keep the pizza from sliding off the back of the stone. 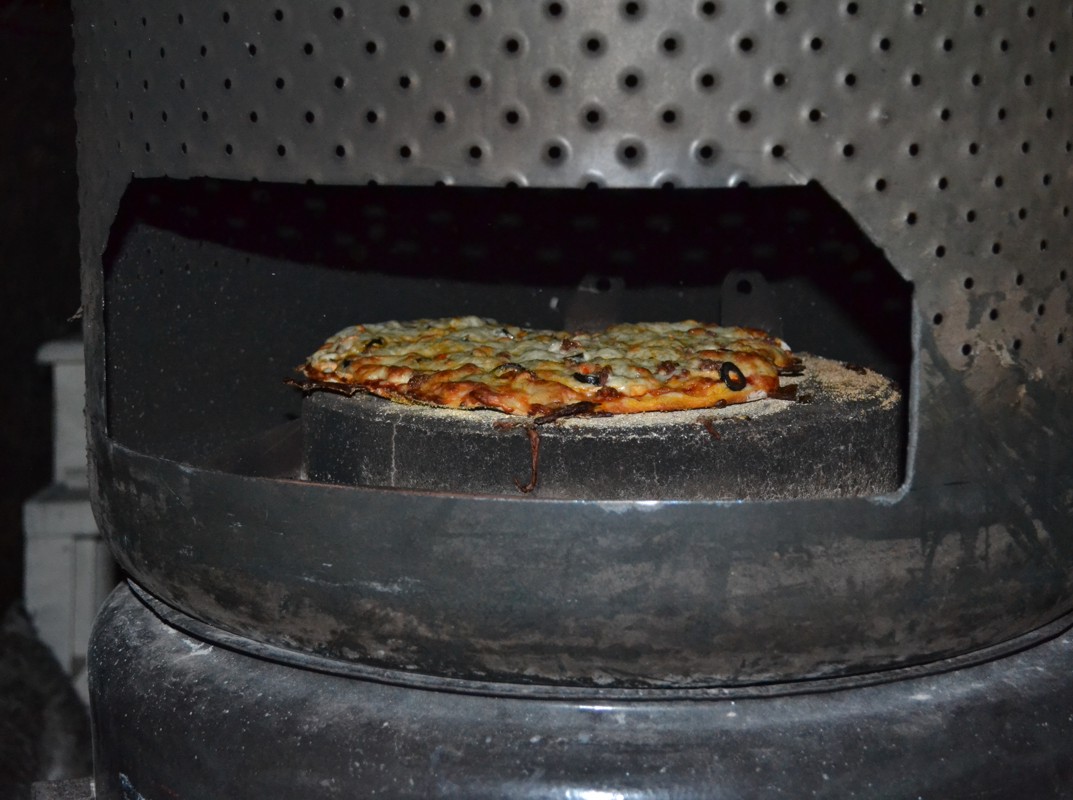 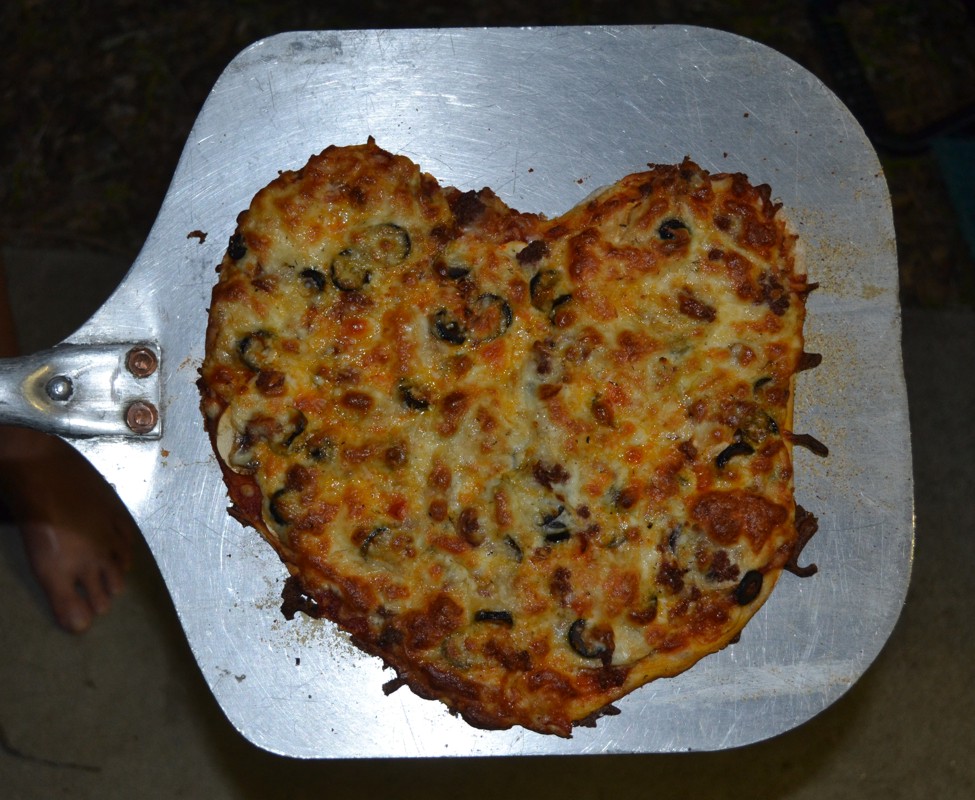 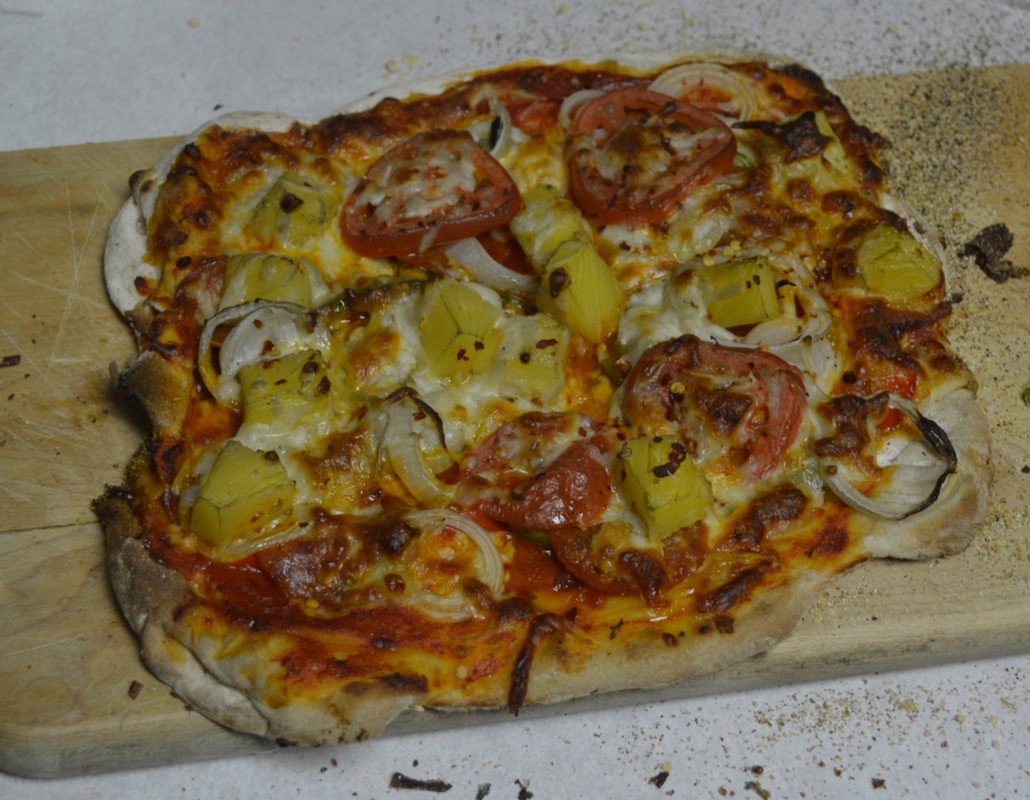 So far the oven has been a success. We have used it numerous times on camping trips, and it has been very popular.